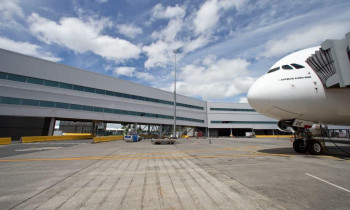 Air traffic volumes in New Zealand are reaching record levels this summer as the aviation industry experiences a period of exceptional growth.

The rise in volumes is coming from both domestic and international traffic. In the past year Airways has seen the number of jet aircraft movements rise by nine per cent, an extra 315 jet movements a week nationwide. Over half of these (57%) are from flights coming in and out of Auckland Airport.

International growth is largely driven by flights to and from Asia, with an additional 87 flights per week arriving from the region compared to a year ago. The growth in domestic volume is being driven by JetStar’s regional expansion and the replacement of Air New Zealand’s Beech 1900 fleet with heavier aircraft.

Airways CEO Ed Sims says Airways manages around 280,000 aircraft movements in New Zealand airspace between January and March annually. However the company has seen notable increases in the number of jet aircraft movements which will rise to more than 50,000 over the quarter from a low of 42,000 in summer 2012.

“Aside from a short spike during the 2011 Rugby World Cup, jet aircraft movements haven’t reached these levels since 2008, ahead of the worst impacts of the Global Financial Crisis. Over this time, airlines have progressively consolidated their fleets to larger aircraft meaning there are now more passengers and goods being transported throughout our airspace than ever before.

“The Asia-Pacific region in particular is experiencing unprecedented levels of air traffic growth - this is great news for New Zealand which benefits from greater tourism and trade over the long term.”

“Investments in the modernisation of New Zealand’s airspace as well as strong partnerships between airlines, airports and air traffic control are helping to manage this extra demand while dramatically improving efficiency and minimising environmental impacts,” he says.

Inflight delays have reduced substantially over the past ten years. In 2007 Airways recorded average delays of three-and-a-half minutes per flight between take-off and landing. This is now down to around 20 seconds, thanks to big improvements in flow management and sequencing of flights.

The current high levels of air traffic are expected to continue over summer.